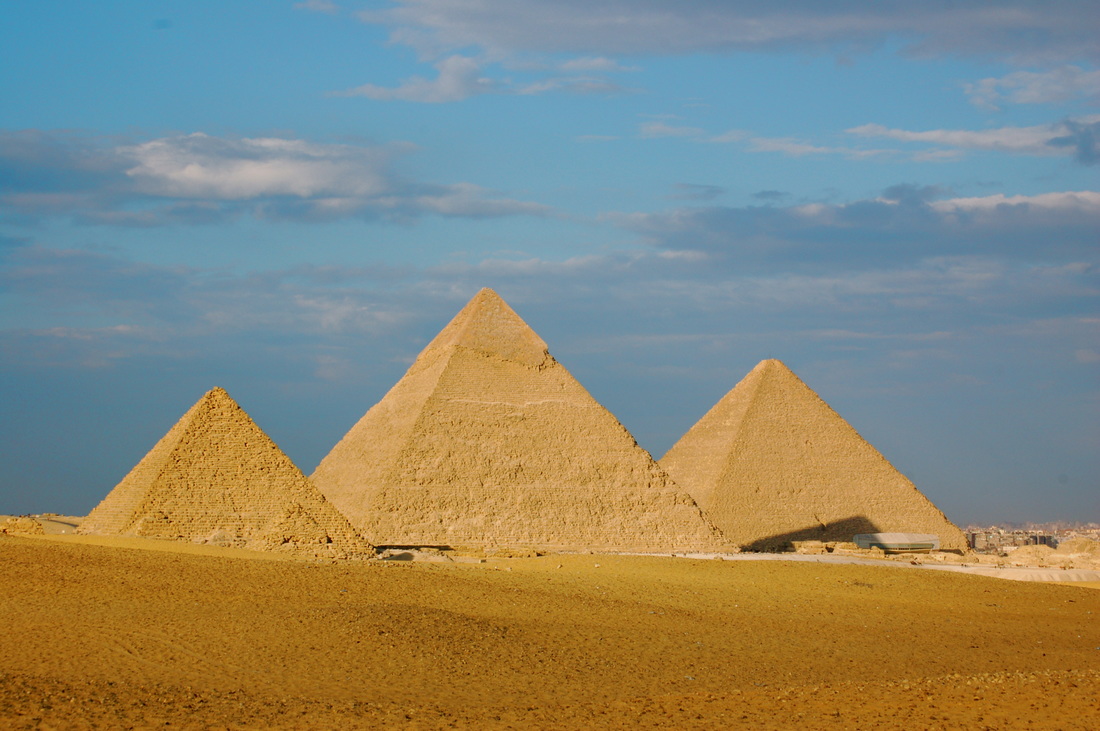 Follow the timeline of Ancient Egypt on a journey that takes you from Cairo and the pyramids to a luxury cruise on the Nile to Luxor, remote Denderah, Edfu, Kom Ombo, Aswan and commanding Abu Simbel.
A&K Advantages
Itinerary
Day 1: Arrive Cairo, Egypt
Arrive in Cairo, where you are met by your A&K representative and transferred to your historic hotel with fantastic views of the pyramids.
Mena House Hotel

Day 2: Giza |Legendary PharaohsVisit the Egyptian Museum of Antiquities, home to the largest collection of ancient Egyptian artifacts, including treasures from Tutankhamun and artifacts dating back to 4000 BC. The museum’s most fascinating exhibit is its famous Mummy Room, featuring the remains of ancient Egypt’s pharaohs and nobility, including Ramses II, of of Egypt’s most powerful pharaohs. After lunch, return to your hotel and enjoy time at leisure.
Mena House Hotel   |   Meals: B L

Day 3: Cairo
The Pyramids & SphinxDrive to Sakkara, home to hundreds of tombs and 14 pyramids, including the famous Step Pyramid of Djoser. Built by Pharaoh Djoser during his 19-year reign, it stands at 204 feet and was the largest building of its time. Continue to Memphis, capital of the ancient kingdom and now home to an open-air museum and giant statue of Ramses II. After lunch, tour the Giza Plateau and explore the interior of one of its three ancient pyramids: Mycerinus, Chefren and the Great Pyramid of Cheops. Built in the Fourth Dynasty (approximately 2690 BC), the Great Pyramid of Cheops still stands as the oldest and only survivor of the Seven Wonders of the Ancient World. Ride Like a Local on camelback before continuing to the Solar Boat Museum — site of Cheops’ funerary boat, the world’s oldest intact ship — and the enigmatic Great Sphinx.
Mena House Hotel   |   Meals: B L

Day 4: Luxor
Karnak and the Valley of the KingsFly to Luxor and journey to the Temple of Karnak. Walk through the Great Hypostyle Hall, with its expertly aligned columns. Board Sanctuary ‘Sun Boat III’ and enjoy lunch onboard. Afterward, explore the west bank of the Nile and the Necropolis of Thebes, the burial site of the Great Pharaohs of the New Kingdom. Discover the Valley of the Kings and step inside the tomb of Tutankhamun. You also visit the Valley of the Queens (Biban el-Harim). Later, explore the Temple of Hatshepsut.
Sanctuary 'Sun Boat III'   |   Meals: B L D

Day 6: Cruising the Nile
Edfu to Kom OmboContinue cruising to Edfu and the Temple of Horus. Join your chef on board for a local cooking lesson. Later, disembark at Kom Ombo (“Hill of Gold”) to visit the Greco-Roman temple dedicated to Haroeris (the sun god) and Sobek (the crocodile god).
Sanctuary 'Sun Boat III'   |   Meals: B L D

Day 7: Aswan
Majestic PhilaeCruise to Aswan and ride a motorized boat to Philae Temple on the island of Agilika, moved and reconstructed here to avoid flood damage from Aswan’s High Dam. Continue to the granite quarries and site of the Unfinished Obelisk. Then sail amid the Aswan islands like a local — by felucca, weather permitting.
Sanctuary 'Sun Boat III'   |   Meals: B L D

Day 9: Cairo
Bustling SoukWalk from Bab el-Fotouh to Khan el-Khalili Bazaar, where tightly packed stalls display everything from spices and leather goods to jewelry and birds. Explore the Mosque and Madrasa of Sultan Hassan, built in AD 1356. Among the finest examples of early Mamluk architecture, the mosque is one of the largest in the world.
Four Seasons Hotel Cairo at Nile Plaza   |   Meals: B
​
Day 10: Depart CairoTransfer to the airport and board your departure flight.
Meals: B
<<< BACK