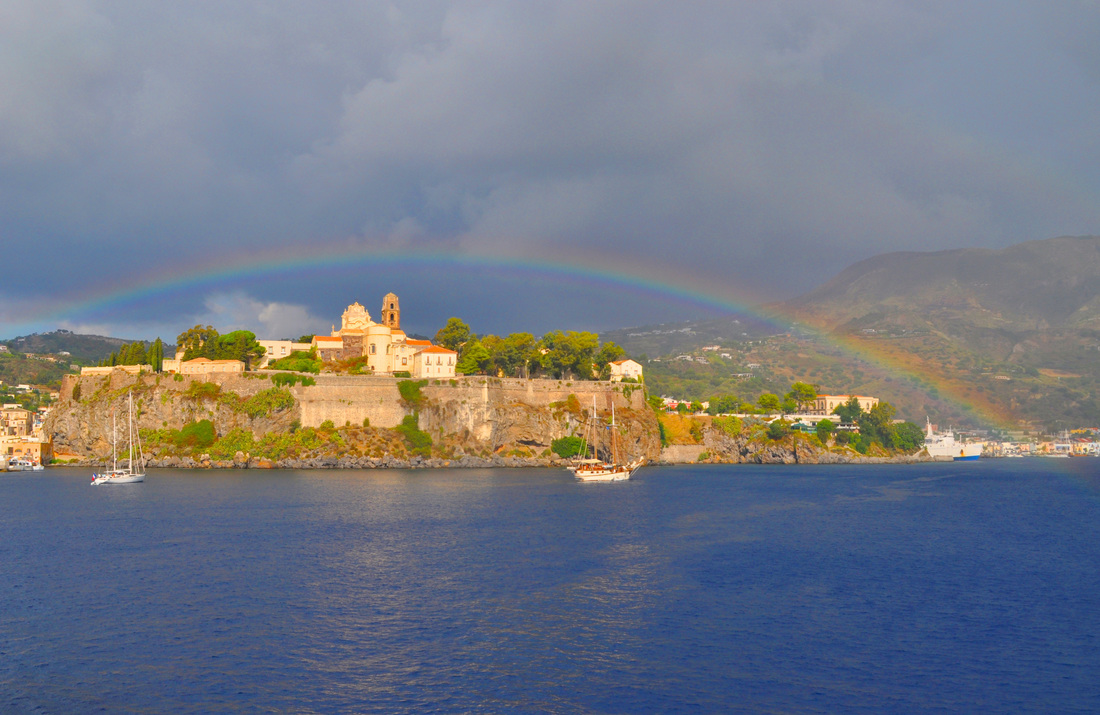 Aboard the Variety Voyager

From $8,980
Depart USA September 26
Board your independent flight to Valletta, Malta.

Valletta, Malta September 27
Arrive in Malta this afternoon and transfer to the Excelsior Grand Hotel with the remainder of the day at leisure. This evening, attend a welcome reception with dinner and overnight at our hotel.

Valletta / Embark Variety VoyagerSeptember 28
After breakfast, explore historic Valletta, Malta’s enchanting capital city built by the Knights of St. John in the 16th century. Visit the National Museum of Archaeology, the Grand Master’s Palace, St. John’s Co-Cathedral, and the Temple of Hagar Qim, a complex of monolithic edifices built between 3600 and 2500 B.C. Embark the Variety Voyager this evening.

Agrigento, Sicily / LicataSeptember 29
This morning, enjoy a guided tour of Agrigento, a World Heritage Site. The exquisite architecture of the Valley of the Temples dates back to the 4th and 5th centuries B.C. and includes the Temple of Zeus—the largest Doric temple from Greek antiquity. A scenic drive through rolling countryside brings you to a lovely winery for a lunch of delicious Sicilian fare, accompanied by local wines. Continue on to Licata and enjoy free time to explore the town center.

Mazara del Vallo / Selinunte / MarsalaSeptember 30
After breakfast, disembark in Mazara and drive to the sprawling 7th-century B.C. site of Selinunte. Local guides lead you through these Greek ruins to the Sanctuary of Demetra Malophoros and the Acropolis. Return to the ship for lunch, then drive to Marsala for a walking tour, including the Regional Museum that houses a Carthaginian shipwreck. Make a stop at Cantine Florio, one of Sicily’s ancient wine estates, to enjoy local specialties accompanied by Marsala wines.

Trapani / Erice / Segesta / Monreale / Palermo October 1
Step ashore in the thriving fishing town of Trapani for a visit to the bustling fish market. Then depart overland to visit Erice, a charming medieval village perched high on a mountain-top with stunning views of the Tyrrhenian Sea. Alternatively, visit the ruins of Segesta, once the center of the ancient Elymian civilization, and home to a magnificent Doric temple. Both groups will enjoy a typical Sicilian lunch near Monreale, then tour the fabled Cathedral, built in 1174. Hailed as Italy’s most beautiful Norman church, the interior is covered with mosaics, gold leaf, and stone intarsia. The rest of the evening is at leisure for you to explore Palermo, as the Variety Voyager remains pier-side overnight.

Palermo October 2
Palermo is famous for its jumbled and picturesque streets punctuated with ornate Baroque churches, domed Arab mosques, and glittering Byzantine mosaics. Visit the impressive 12th-century Cathedral and the Palatine Chapel in the Norman castle; today the building serves as the seat of the Sicilian government. Highlights of your walking tour through the town center include the Massimo Theater, Quattro Canti, Town Hall, and Martorana Church. This afternoon, enjoy splendid sunset views as the Variety Voyager cruises along the northern coast of Sicily.

CefalùOctober 3
Situated on the northern coast, Cefalù is of Greek origin; its name, meaning “head,” derives from its position below a precipitous rocky headland. A walking tour includes the splendid Norman-Arab Cathedral, begun in 1131 and famous for its glittering Byzantine mosaics; a medieval wash-house; and the Osterio Magno, the 11th-century residence of King Ruggiero II. Lunch is a highlight today as you join a local chef at Tasca Lanza Estate who will teach you how to prepare traditional Sicilian dishes. There will also be time for wine sampling and a chance to explore the lovely grounds of the Estate, or to simply relax among your scenic surroundings.

Lipari, Aeolian Islands / StromboliOctober 4
Take a walking tour through the center of Lipari to reach the impressive fort, built in 1556 upon the ruins of an ancient Greek acropolis. Within the fort walls you will find the superb Aeolian Archaeological Museum and the lovely Norman St. Bartolomeo Church. Visit a local pizzeria for lunch and an interactive pizza–making demonstration. In the early evening the ship cruises past active Stromboli Volcano for sunset photos, with the chance to watch for the Stromboli “fireworks” as darkness falls.

Taormina / Mt. Etna October 5
This morning, disembark in Taormina and board coaches for an excursion to 9,500-foot-high Mt. Etna, Europe’s largest active volcano. Take a cable car up Etna’s pock-marked slopes, then continue in 4x4 vehicles to reach the main crater at 9,000 feet, with the opportunity for a short hike. In the afternoon,
a walking tour of charming Taormina takes you to the 3rd-century Greco-Roman Theater, renowned for acoustic effects that make it a favorite concert venue to this day. Then take a stroll along the lively pedestrian-only Corso Umberto and explore its many narrow off-shooting lanes that lead to pretty piazzas lined with shops.

Catania / MorgantinaOctober 6
Visit the famous morning fish market in Catania’s town square where a colorful variety of local products are on display. An inland drive takes you through a series of photogenic villages to Piazza Armerina, famous for its superb Roman mosaics in the Villa Romana del Casale. Enjoy lunch at a Sicilian restaurant near the Greek site of Morgantina, then tour the ruins and visit the small, but excellent Aidone Museum. Return to Catania with free time before dinner on board, or choose to enjoy the local cuisine on your own, and perhaps sample some of the wines from the many vineyards nourished by the rich volcanic soil of Mt. Etna.

Syracuse / OrtygiaOctober 7
Founded by the Corinthians in the 8th century B.C., Syracuse was one of the most powerful Greek cities—defending its sovereignty against such rivals as Carthage, the Etruscans, and the Romans, who later overtook the city, followed by the Arabs. Begin at the Saint John Catacombs with their maze of underground passageways then drive to the Archaeological Park, a World Heritage Site. Highlights include the Roman Amphitheater of Augustus; the Ear of Dionysius, a grotto with an extraordinary echo; and the massive 15,000-seat Greek Theater. Return to the ship, at port in Ortygia, for lunch, before striking out for a walking tour of the old town. Highlights include the ruins of the 6th-century B.C. Apollo Temple—the oldest in Sicily—and the Piazza Duomo, built around the ancient Temple of Minerva (Athena).
​
Valletta, Malta / Disembark / USAOctober 8
​Disembark in Valletta this morning and transfer to the airport for your independent homeward flight.
<<< BACK