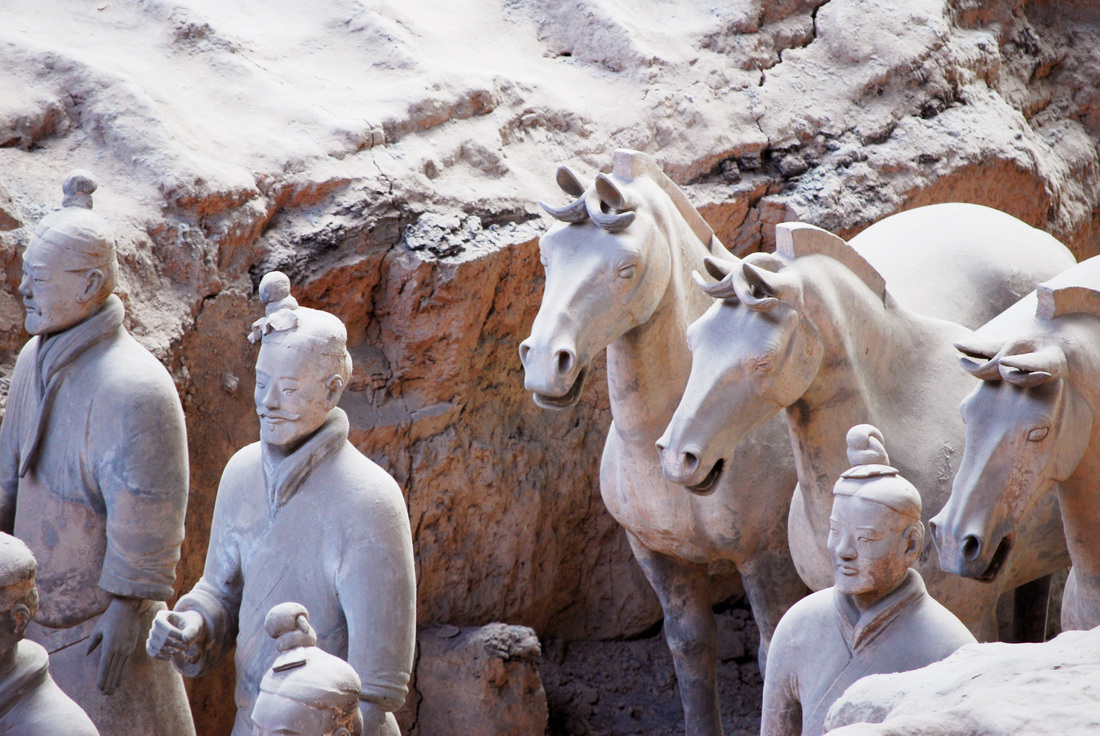 The best of China  that takes you from modern Beijing, the Great Wall and the many treasures of Xian to the Giant Buddha in Leshan and down the Yangtze on a three-night cruise.
A&K Advantages
Itinerary
Day 1: Arrive Beijing, China
Arrive in the capital city and transfer to your luxurious hotel.
Four Seasons Hotel Beijing

Day 2: Beijing
The Great WallRide a cable car to the top of the well-preserved Mutianyu section of the Great Wall, enjoying sweeping views of the surrounding countryside.
Four Seasons Hotel Beijing   |   Meals: B L

Day 5: Xian
Terra Cotta WarriorsVisit the excavation site of the Terra Cotta Warriors and Horses, the life-size army created during the Qin Dynasty to protect China’s first emperor in his afterlife. Later, enter the Ancient Gate of Xian’s impressive City Wall, with the option to cycle along its ramparts.
Shangri-La Hotel, Xian   |   Meals: B L

Day 6: Chengdu
Faces of SichuanExplore the Yangling Museum and its restoration lab to view recent discoveries from Han Dynasty tombs. Fly to Chengdu and transfer to your hotel.
Shangri-La Hotel, Chengdu   |   Meals: B

Day 7: Chengdu
Giant BuddhaTravel to the relaxed riverside city of Leshan, where a boat brings you before the towering, stone-carved Leshan Giant Buddha. At 233 ft. tall, it is the largest stone Buddha statue in the world.
Shangri-La Hotel, Chengdu   |   Meals: B L

Day 8: Chengdu to Chongqing
Board the ‘Yangzi Explorer’Visit the Chengdu Panda Breeding and Research Center, where you witness the distinctive bear in its natural habitat. Then, travel by high-speed train to Chongqing where you board your luxury river cruiser for a three-night journey through the Three Gorges.
Sanctuary 'Yangzi Explorer'   |   Meals: B L D

Day 11: Yichang to Shanghai
Disembark ‘Yangzi Explorer’Disembark in Yichang. Later, fly to Shanghai and transfer to your hotel on the Bund.
The Peninsula Shanghai   |   Meals: B L

Day 12: Shanghai
Pearl of the OrientVisit the traditional water village of Zhujiajiao, where you glide through its main canal on a sampan (wooden boat). Later, attend a Shanghai Acrobatic performance.
The Peninsula Shanghai   |   Meals: B

Day 13: Shanghai  Life on the BundStroll the streets of Old Town and visit the 16th-century Yu Garden before walking along the lively Bund. Later this afternoon, explore studios and galleries in the M-50 Contemporary Art District.
The Peninsula Shanghai   |   Meals: B L

Day 14: Depart Shanghai
After breakfast, transfer to the airport to fly home.
Meals: B
<<< BACK