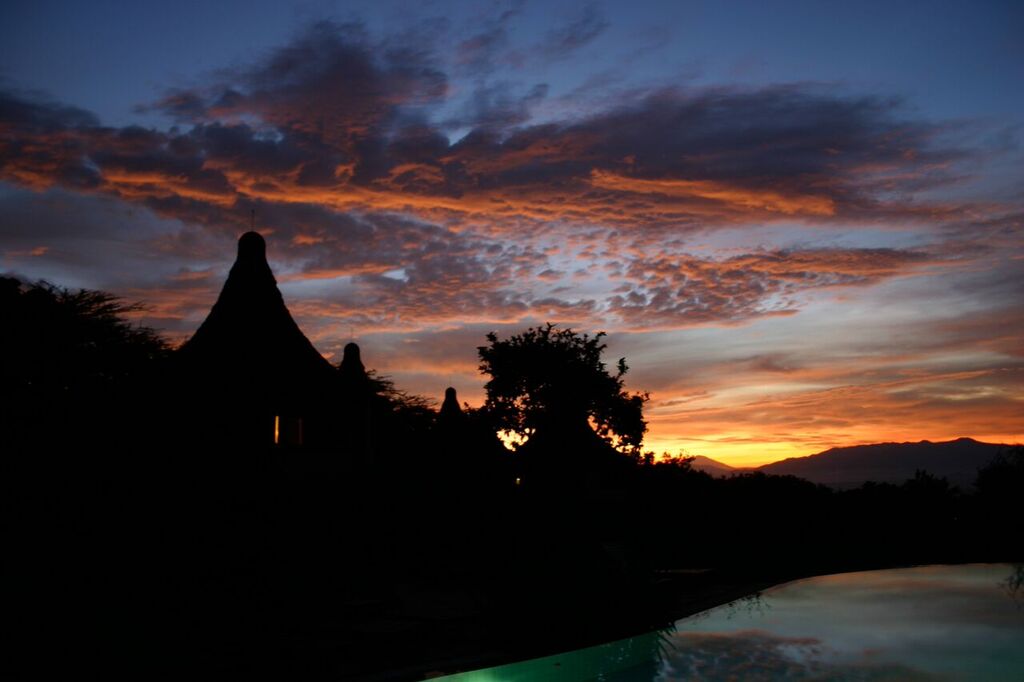 Days 2 to 4 Cape Town and environs After a late afternoon or early evening arrival in South Africa’s second-largest and most scenic and snazzy city, we’ll settle into Cape Town’s grande dame hotel, the pink, very pretty, much-loved Mount Nelson.
Nelly, as it’s affectionately known, lies in the centre of City Bowl, the rocky natural amphitheatre that embraces old Cape Town. During our two full days we’ll make an excursion to the area’s famed Cape Winelands, lunching at an estate and strolling through one of the Winelands’ charming villages (whose names highlight their Dutch heritage: Stellenbosch, Paarl, Franschhoek). We’ll visit Cape Point Nature Reserve and, a little farther south, the Cape of Good Hope. And we’ll take the Aerial Cableway to the top of 3,500-foot Table Mountain, centre stage of Cape Town’s amazing amphitheatre, getting a feel for why in 1503 António de Saldanha, the first European to visit the Cape, scrambled up Table Mountain as soon as he could: for the huge, informative views and very much for the sheer grandeur.
Days 5 and 6 Victoria Falls
A lovely flight northward delivers us to Victoria Falls, Mosi-oa-Tunya, “The Smoke That Thunders,” not the highest or the widest but the world’s grandest and most booming waterfall, a large lakesworth of water flinging itself 360 feet straight down every minute of every day, right before our delighted eyes.
We have a couple of days to appreciate the Falls’ subtly shifting moods. We’ll cruise on the Zambezi River, watching elephants and giraffes enjoying their own sundowners, we’ll helicopter over the Falls on the Flight of Angels, and we’ll wander from one misty vantage point to another, returning for sustenance and leisure to our magnificent Royal Livingstone Hotel in Livingstone, Zambia, named for the almost mythic explorer David Livingstone.
Day 7 Johannesburg
We fly south from Zambia and Victoria Falls to Johannesburg, South Africa’s largest city, where we’ll take up quarters in the salubrious Saxon Hotel, located on ten marvelously landscaped acres in the serene suburb of Sandhurst.
Day 8 Nairobi
A just-over-four-hour flight takes us north to Nairobi and Hemingways, a quietly ravishing haven for  lovers of old-style panache mixed with modern amenities and great cuisine, wonderfully set in the lush suburb of Karen. (And if we didn’t opt for the Southern Africa portion of African Splendour, we ar-rive in Africa and at revivifying Hemingways today.)
Days 9 through 11 Lake Manyara and the Ngorongoro Crater
A typically beautiful flight takes us from Nairobi to Lake Manyara (to which we’ll be formally intro-duced in a couple of days), and a pleasant drive delivers us to The Manor at Ngorongoro, a marvel-ous 10-cottage, 20-suite retreat set within a 1500-acre Arabica coffee estate adjacent to the Ngorong-oro Conservation Area. Those of us who began African Splendour in South Africa will recognize the Manor’s elegant Cape Dutch style; those who haven’t will simply be charmed. Our three nights at the Manor are a rare idyl.
We’ll enjoy a restful afternoon (or a very active one; the Manor offers horsbacking, mountain biking, swimming in the Manor’s pool, and estate walks, among other enjoyments), before a classic high tea and dinner in the private dining room or wine cellar.
And the next day we visit one of the earth’s natural masterpieces. We’ve got a lot of affection for Ngorongoro: 25,000 or so large and very view-able mammals—from apex predators to galumph-ing hippos—inhabit the crater’s 100-square-mile floor, and zigzagging up the old volcano’s forested wall to its rim, and gazing for the first or fifth time at the lush lands and their inhabitants in the crater below, is a great moment in any traveller’s life. We’ll descend to the crater and excitedly roam from morning to afternoon, stopping at mid-day for a charmingly luxurious bush lunch, before heading back to a serene evening at the Manor.
Now we encounter Lake Manyara. Africa is blessed with epic lakes (Tanganyika is the world’s second deepest; all the Rift Lakes are gigantic  stunners), but many, including Ernest Hemingway, consider the smaller gem of Lake Manyara—with its diamond-white alkali rim, its million or so coral-colored flamingos, and the deep sapphire waters at its centre—the loveliest of all. After a relaxed (or active) morning at the Manor, we’ll embark on a fine afternoon of game viewing around the lake (many tree-climbing lions frequent Manyara’s Africa-embodying scrublands, mahogany forests, and bird-thronged marshlands). And after cocktails and canapés in the bush, we head back to the Manor for a final night before venturing to another masterpiece, the Serengeti.
Days 12 and 13 The Serengeti
We’ll make far-ranging game drives in the Serengeti based from the stunningly deluxe Four Seasons Safari Lodge Serengeti, elevated above the great plain, giving us vast, endlessly stimulating views.
Days 14 through 16 The Maasai Mara
Leaving the Serengeti, we fly via Arusha and Nairobi to the Maasai Mara, the northern, more verdant section of the single most salubrious wildlife habitat on this or any known planet, the Serengeti–Maasai Mara ecosystem.
Game drives in the Mara are especially fruitful….Our Mara headquarters is Sir Richard Branson’s Mahali Mzuri, whose innovatively designed, yet very African tents “resemble the tents of our youth like a Gulfstream 650 resembles a Piper Cub,” as we said a while back. Mzuri is auspiciously set next to one in one the Mara’s prime migration pathways.
Days 17 and 18 Nairobi and flights home
​ After flying back to Nairobi, we’ll visit the Micato-AmericaShare Harambee Centre in the afternoon, relax in a day room at Hemingways or the equally refreshing Boma Nairobi, have a quiet dinner, and head out to Jomo Kenyatta Airport for our late evening flights home, where we arrive, tired but exalted, on Day 18 of this mightily splendid safari.